Gawharshad Begum was a renowned political figure during the Timurid dynasty (1370-1507). Living in the 15th Century, she was married to Emperor Shahrukh Timurid, but she was a change-maker in her own right. In addition to being a queen, Gawharshad was a minister and a leader in promoting arts and culture. She supported poets and artists, including female poet Mehri Herawi, and brought Persian language and culture to the forefront of the Timurid dynasty. Herat, the capital of the Timurid Empire, became the hub of cultural renaissance under her guidance. The architecture and arts of that era still remain a crucial part of identity in Herat and Afghanistan. She also built a religious school, mosques and a Khanaqah (spiritual center for Sufi Muslims).

Gawharshad was also a skilled politician. After her husband’s passing, she installed her favorite grandson as the puppet king and ruled the kingdom for 10 years. 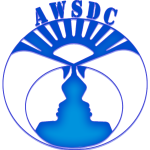